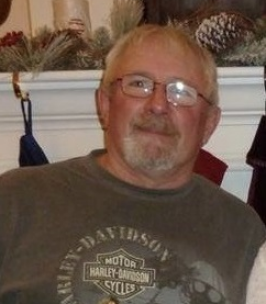 Robin Douglas Davis, 66, passed away peacefully at his home surrounded by family in the early morning hours of March 23, 2022. He was severely injured in a motorcycle accident in late September of 2019 and spent the past 2 ½ years recovering. He ultimately succumbed to those injuries and the myriad of complications that stemmed from those injuries.

Robin was born in Laconia NH on July 13, 1955 and resided in Meredith for the better part of his life, until moving to Florida in July of 2018.

Robin was predeceased by his beloved mother Margaret Vachon of Meredith, NH; 2 brothers, George Davis of California and Paul Davis of Winchester NH and his sister Linda Downs of Vermont.

He is survived by his wife of 35 years Camilla (Fournier) Davis of New Smyrna Beach Fl., His son David W. Davis and his wife Kristi of Clinton, Utah. As well as two wonderful grandsons’ 6-year-old Bryce and 2-year-old Mason Davis, his sister Jane Eacobacci and her husband Joe of Milford, NH; Jackie Hurd and her husband Arnold of Meredith, NH; a brother Mark Davis of Loudon, NH; and another brother, Samuel Vachon of Concord, NH, and a sister Valerie Wright also of Concord NH. also survived by many nieces and nephews.

Robin served in the US Army in Germany as a heavy equipment mechanic during the Vietnam Era.

Robin was always busy and was a hard worker from as early as his teenage years. He was a logger in his younger days and owned and operated his own street sweeping business, Dusty’s Maintenance for a number of years before selling the business and going to work for the State of NH DOT doing road maintenance. He was a dedicated plow guy in the winter months and spent endless hours behind the wheel of a plow truck keeping the roads clear during the brutal New Hampshire winters.

Upon moving to Florida in July of 2018 he was employed by Alachua County Public Works as a heavy equipment operator until his accident.

Robin was an avid motorcycle rider….he loved to be on his Harley. He was always up for
either a short ride just to run errands or a ride that took him across the country to Sturgis, Nova Scotia, California, Key West, Pennsylvania and everywhere in between.

He was seldom idle and spent many years remodeling the antique home that he and Cam owned in Meredith. His talent was immense, he could do electrical work, masonry, carpentry, and plumbing.

Robin was fierce in his love for his family and friends. There isn’t anything that he wouldn’t do for them. If they were in need, he would be the first one there.

He will be remembered for his unique ability to just take life as it came without fret or worry. His quick wit and sense of humor were just some of his wonderful qualities. He was always able to make people laugh!

Robin and Cam spent many years camping with family and friends….. much to his chagrin. He did not love to camp, he did it for Cam, but didn’t miss an opportunity to grumble about it to anyone who would listen.

The family would like to remind you that motorcycles are everywhere…..it’s not a cliché …..so please….look twice and save a life.

There will be a graveside service at Meredith Village Cemetery in Meredith, NH on July 13th, 2022, at
1pm, followed by a Celebration of Life at Hart’s Restaurant.