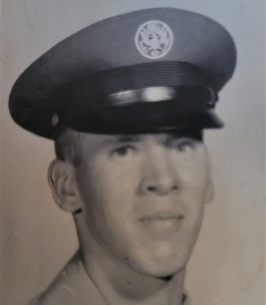 He was born to Carl & Elsia Granberg on Oct. 28, 1944, in Worcester, Massachusetts & was the youngest of 4 brothers; Don, Bob & Ron, who were all raised in Holden, MA. His parents & brothers preceded him in transition.

He is survived by his nephews Dean Granberg of Gold Bar, WA; Duane Granberg of Boise, ID; David Granberg of Cherry Tree, PA & his beloved & constant feline companion Molly, who has found a loving home with the grandson of a good friend.

In high school he ran track & graduated in 1962. He Joined the Air Force in 1963, and spent the next four years all over, but the time he spent in England was his favorite. He came back home to Massachusetts and went to work at Norton, making bullet proof armor. He worked at Norton for thirty years and retired at 50 years of age. Dick & his brother Bob fished all over the place on their weekends. In 1996 Dick came out and fished on Lake Pend OReille, in Northern Idaho, with his nephew Dean, so that he & his brothers Don & Bob could fish together. He continued coming out to Idaho for the next 20 years, catching Rainbow Trout up to 23+ lbs. He loved to fish, and he fished the Great Lakes yearly with a close family friend, Mark Bailey. Dick loved dogs, cats & birds, but not so much the squirrels. The last 20 years of his life he always had a cat.