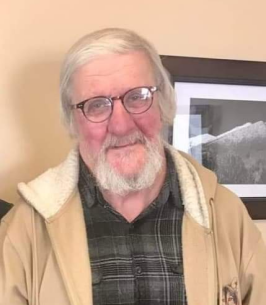 Arthur Clifford Gross, 71, of Campton, died June 1, 2022, at Jack Byrnes Center, in Lebanon, NH. as a result of injuries sustained in a fall.

Arthur worked for several different companies throughout his life, including the former Draper-Maynard Corporation, in Beebe River, former Gerrity Lumber, in Plymouth, Ashland Lumber, in Ashland, and retired from the Littleton Walmart.

Arthur was predeceased by his wife, Linda Mae (Piper) Gross, who died in February of 2016.

A funeral service will be held in the Campton Congregational Church, NH Route 175, Campton, on Thursday, June 9th, at 11am. The Rev. Russell and Rev. Cynthia Petrie will officiate, Burial will follow in the Blair Cemetery, Blair Bridge Road, Campton.